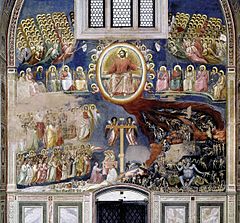 One of my favorite pastimes since moving here to this part of the country is going to Plum Market. I go probably twice a week. It’s kind of embarrassing how often I’m there. I really can’t afford to go there as much as I do, but I just enjoy the whole experience of being in Plum Market. I love the fresh vegetables, I see parishioners and other people. No-one has ever been mean to me in Plum Market. It’s the one place I can go where no-one has ever criticized me, and if I spend more than 30 seconds in front of a display or one of those large freezers, someone comes up to me and says, “Can I help you?” “I was just browsing.”

I love to buy things there, I think somehow that I’m helping the environment by eating the fruit there and buying what’s there. I don’t know, they try to convince me and they do a good job of it, of telling me that just by being there, I’m contributing to the betterment of the world. At the checkout, there’s always a question they asked, “Have you found everything you’re looking for?” Earlier this week I thought to myself, I’d just come back from the church, it was Holy Week, I was wearing my collar and black suit, I said, “Yes, but let me ask you, have you found everything you’re looking for?”

Have you found everything you’re looking for? I think everybody knows what that means when we ask it at a deeper level. Everybody here is looking for something. A famous writer once said there are two types of people, those whose life is a quest, and those whose life is not. I beg to differ. I think there are two types of people, those who are on a quest, and those who have given up their quest.

Often when we’re looking for something, it’s pretty easy for us to try to fill it with something else because, what we’re looking for is often something that we crave, but we can’t name. Because we can’t name it, we start to try to substitute what we think might make us happy, or whole, or fulfilled, or at peace. Whether that be a career, whether that be a relationship, whether it be a family, whether it even might be a church, we all spend our lives looking. That’s very human.

Christianity lives or dies on the belief that the person that we are looking for, the thing that is missing in our lives, is Jesus Christ. There is a certain twist to this in Christianity. It’s not just that we are looking for Jesus Christ, but the irony of ironies is that we have been found by Jesus. Jesus has been looking for us. All of this is important for us to keep in mind when we talk about Christ’s resurrection, because the resurrection is fundamentally the teaching not only that we have found Jesus risen from the dead, but that the risen Lord has found us and given us new life, and hope, and peace, and forgiveness, and reconciliation.

Have you found everything you’re looking for?

Several years ago I was living in Tennessee in an incredibly small town. It was a wonderful place because I learned in that small town that the way in which people get to know each other is so incredibly intimate. In that small town in Tennessee, people didn’t use blinkers when they drove because everybody knew the turn they were going to make by the make of their car. In Detroit, using a blinker is a sign of weakness.

People don’t do it because you want to be a little bit unpredictable and somewhat hard to estimate what they’re going to do, that’s how you maintain the advantage in traffic. In Tennessee, this was a way of communicating deep intimacy. You needed that in a small town because, in a small town, things happened. One time there was the little corner store, there was a robbery going on, and this other guy, knowing that it would be impossible to get the patrol there on time, took a large Coke bottle and just hit the robber on the head and knocked him out, which contributed to the belief in the magical properties of Coca Cola there.

Just remarkable what they would do. It added life in that instance for that use. There was one guy that I knew that I would see him again, and again, and again, and we would have coffee occasionally and talk. His name was Adam and he was one of the citizens of the town. He struggled with mental illness, he had a very difficult relationship with his parents, particularly his father. His father had had a successful career and Adam was struggling as a painter. He was having difficulty with his family, with his spouse, they were going through some marital issues, not the gardening variety, just that she found it hard to live with him because of his ups and downs.

Adam was negative often. Thoughtful, brilliant, interesting to talk to, but also incredibly broken and negative. We would have coffee from time-to-time, and then suddenly, surprisingly, shockingly, I began to sense something that Adam began to heal. He became less negative. He became more hopeful. He was able to reconcile with his wife. He was able to come to peace with his family of origin.

I went to see Adam, he and I bumped into each other, had coffee, we sat down. I said, “What is the difference that’s going on in your life?” Adam said to me that he had begun attending a 12-step program and he began to say to himself the Serenity Prayer by Reinhold Niebuhr originally, everyday. He said, everyday he says, “God grant me the serenity to accept the things I cannot change, courage to change the things I can, and the wisdom to know the difference.” I said to him, deciding to be honest, I said, “Well Adam, a lot of people say that prayer and they don’t get any better from my estimation. What is different about that prayer for you?” I wanted to know what kind of healing he had experienced.

Adam’s healing did not mean that his life got a lot better from the measure of the externals. One time I saw him and his station wagon had broken down and it was being towed away. He was standing there watching his station wagon being towed away and I slowed down, I rolled down my window. I said, “Do you need a lift?” He said, “This is what healing looks like.” I said, “What do you mean?” He said, “Because before I took only a little thing to set me off for days, and now today, it’s just a broken down car.”

Have you found everything you’re looking for? Do you know yourself today as found by Jesus? Can you feel the power of His resurrection in your life and the power that begins in God but is echoed in you? Have you been able to know yourself as forgiven and therefore finding inside yourself the power to forgive? Have you been able to experience a bit of wisdom that you know is not your wisdom but the wisdom of God and Christ? Have you been able to love after being hurt? If any of those things have happened to you then you are a witness to Christ’s resurrection because the proof of the resurrection as the Early Church proclaimed from the beginning was the transformation it enacted in the people who followed Jesus, they were able to love and forgive and be reconciled in ways that astounded the world, that turned the world upside down.

I’ve given you a picture for today, it’s from Giotto’s scenes, from the Life of Christ. This was done early on in the 14th Century for the Scrovegni Chapel, also known as the Arena Chapel. It was named after Scrovegni, the patron that built this chapel, built it to atone for his father’s sins so he knew something about living in a complicated life, a complicated family system. This scene is from today’s Gospel. You have Jesus and Mary having an exchange in which he says to her, “Touch me not.” Now for centuries the Church has used this as an example in its sacred art to question the whole idea of touching a female and to question the bodied nature of Mary and wanting to touch Jesus physically, as if this was something that was not quite right.

In fact, when Giotto paints this, he actually begins something new, something that is important for us to note because when he paints it, he moves from depicting elongated byzantine two-dimensional pictures of saints who would stare out at you blankly, to trying to depict more realistic figures in order to bring the Gospel to life. The picture here between Mary and Jesus communicates in some ways the most central teaching of today’s sermon, which is that now that Jesus has risen from the dead it’s not simply that the physicality of the resurrection that’s something to be celebrated. The fact that Jesus’s body was able to rise. It’s the new relationship we have with each other on the basis of Jesus Christ who dwells in us through the Holy Spirit.

Note, if you turn it over, the face of Christ, which I’ve done a blow-up, look at the tenderness in his eyes for Mary. This is not a scolding lord telling her that she’s got her thoughts, or her actions, or her hands in the wrong direction. It’s someone who is communicating to her the powerful truth that the intimacy that God seeks with her now and that God is able to have through Jesus Christ, through the power of the resurrection, is deeper than just the skin.

We can touch Jesus today. Today’s Gospel tell us because Jesus is dwelling within us, and that is good news. May you find it today. May it claim you forever. May it always be what you are looking for and may you always know yourself as profoundly found and beloved of God, our risen Lord Jesus Christ. Amen.