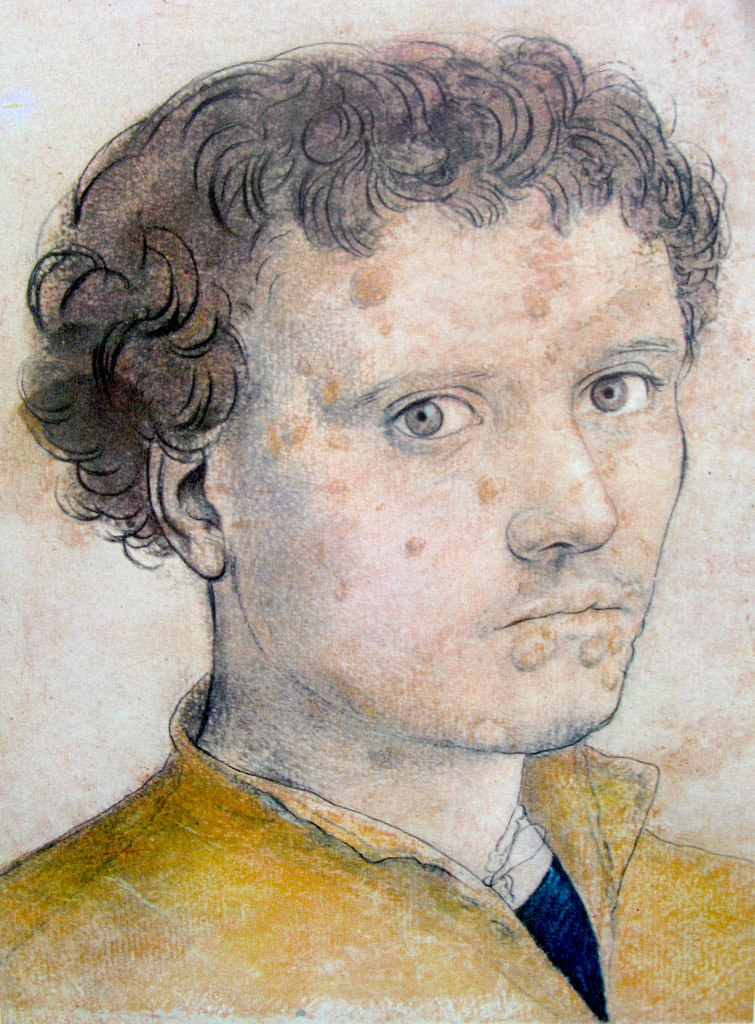 A few years ago, I was teaching at a university in Tennessee, and I was trying to complete my dissertation which was important because if I couldn’t complete my dissertation I wouldn’t have stayed on the faculty. I was facing this incredible deadline. It was June and it had been an exhausting year of teaching, and I had basically three months to close the deal on the dissertation. I was working like crazy and it was blistering hot outside. I suddenly found myself thinking about this moment in which I used to go blueberry picking with my grandfather, and I had that moment in which I felt that comfort so deeply and powerfully that I wanted to actually go blueberry picking myself. So I searched around the area in that part of Tennessee and there was a blueberry farm that was owned by Seventh Day Adventists in Coalmont, Tennessee. The name of the farm, the people, their name was Erickson.

I don’t think I told Claire that I decided to spend the afternoon looking for blueberries, so I got into the car and I drove down by myself to Coalmont, Tennessee. I couldn’t even find the farm initially because the Ericksons didn’t even have a sign for their farm. I stopped in the middle of town, they told me I could find it, it was the large yellow barn as I was leaving town. So I went and I pulled into the house next to the farm, and as I pulled in, this incredibly small old lady, who I later learned was 90 years old, got out of a pickup truck and came over to see me. I asked if she was Mrs. Erickson, she said “Yes,” and I said, “Do you have any blueberries that I can pick?” She said, “Oh, the heat has been so bad this year that the blueberry crop didn’t really take off. The only blueberries I have are these.” She went into her pickup truck and she took out this little half pint of tiny little blueberries. She said, “This is all I found.”

She said, “I do have blackberries, and they’ve come in strong because the change in the weather.” She said, “Do you want to see the blackberries? I don’t have any to pick but I have some that I could sell you.” I said, “Sure.” I got out of my car and I followed her up to her house and she opened up the garage. We went inside and it was this incredible moment. The Seventh Day Adventists, they’re vegetarians by conscience, and she had all these incredible cans of pie filling and beans and things like that in the garage. On the left, she had 15 huge quarts of blackberries. They were perfect. She said, “How many would you like to buy?” I said, “I’ll buy them all.” I said, “How much are they?” She said, “$12.00.”

Now, I like a good deal but even that – I suspected that was probably low. So I said, “Well, Mrs. Erickson, can I pay you $15.00?” She said, “That would be fine.” I took out $15.00 and I gave it to her and I took the whole 15 quarts back to my car. I loaded them in the front seat next to me in the passenger seat, and I was about to leave and I saw her waving from her garage. I thought, “She’s probably come to her senses. She probably gave me the price of blackberries from 1975. She wants to renegotiate, which would be fine.” She came up to me and I rolled down the window and she said, “You like blueberries so much, why don’t you take these?” And she gave me the little half pint of blueberries.

I was so overwhelmed by that gesture and by the incredible blackberries and I turned the car around and I began to drive back to the university. I knew in that moment that I was going to be okay. That I was surrounded by grace. I rolled down the windows of the car and I let the hot air hit me in the face, and I picked the little blackberries next to me and I’d eat them and they would just burst into my mouth. They were just so delicious and I immediately decided that I’d give three quarts away to the first people I saw when I got back to campus. There was a friend power walking and I asked her if she wanted blackberries. She said, “Sure.” Then I showed her and she took them and walked home slowly, cradling the blackberries.

Have you ever had moments like that? Moments in which someone does this gesture and it makes a huge difference in your day or in your week or even in your life. A moment when someone shook your hand or recognized you or somehow did the right thing at the right moment and communicated to you this deep message of love and acceptance and grace and connection. Have you ever had those moments? Have you ever been an agent of grace yourself? Have you ever made a gesture that made the difference in someone’s life? I think gestures are incredibly important. We tend to denigrate them today because we tend to rank in our way of thinking concepts or texts or knowledge that is disembodied or theory. But gestures are moments of deep knowledge. They’re moments in which the body takes on the concept and lives it out. The body is the source of the story. The body is the messenger.

All of our readings today are about gestures. In our reading from 2 Kings, there is this incredible moment Naamen has leprosy. He is sent to be healed by his nation’s adversary, Israel. The king tears his garments in expression of disgust, an expression of divorce, an expression of severance, saying, “Who am I to cure him?” Then he goes to see Elijah and Elijah doesn’t do what Naamen thinks he would do. Elijah, Naamen thought, would come out and wave his hand over the leprosy and cure it in some kind of magical fashion. But he doesn’t do that. Elijah tells Naamen to engage in his own gesture. His own completed act. He tells Naamen to go and to wash seven times. The washing, that simple action, communicates this deep healing into his body, and he’s healed.

Gestures are not like tokens. You can give a token and you are not changed. The status quo is not changed. Gestures are not the thing themselves but in a gesture we become ourselves but more so. Gestures are a way of communicating a powerful insight. And so it is in today’s gospel from Luke. Jesus heals ten lepers and one of them comes back and engages in a gesture of thanksgiving. He gives thanks to God and to Jesus, God incarnate, for being the source of his healing. Standing behind that small gesture of thanksgiving is the larger gesture of Jesus’s own death. Today’s gospel takes place as Jesus is making his way to Jerusalem to die. Jesus is going to die. He’s going to make the ultimate gesture of his life. It’s the Samaritan, the outsider, who sees what’s happening at the deepest level, and sees in Jesus healing. What gestures are you called to make? Who do you need to go to to forgive? Who do you need to go to to send a message of love? In what ways can your life be a gesture of grace?

In our reading from 2 Timothy, we’re told that all of what Paul is suffering is itself a small gesture that images the larger gesture of Christ whose death and resurrection brings life and healing and peace to the world. That’s why Paul says if we have died with Him, we’ll also live with Him. To see the gestures of His life in the frame of Jesus’s larger gesture of His life. That’s what it means to be a Christian.

Earlier this week, one of my dear friends from Detroit who’s an artist and an observant Jew, and he and I have done some wonderful collaborative work together at the Detroit Institute of Arts. He came up to me as we were leaving, we had a long conversation, and he put his arm around me and he said to me, “Because this is the season of new beginnings for me,” he said, “Bill, if I have hurt you or offended you or done anything wrong to you over the past year, either deliberately or inadvertently, I ask your forgiveness.” Of course, that was his way of observing the high holy days within Judaism. Shana Tova, the New Year. The moment when he is written in the book of life again because of the forgiveness he seeks and gives.

In that moment, when he reached around my shoulder and held me, I suddenly realized that we were close. Not just buddies, not just bros – we were close, and I felt this connection with him, this intimacy. In what ways can your life be a gesture of connection and intimacy and grace?

The painting I have for you today is from Hans Holbein the Younger. He’s known as one of the great portrait painters of his time period. His more famous works are these incredible pictures of Henry VIII in which you see Henry VIII for everything he was. You see every follicle of his beard and you see his rotten face. A face that has just been spoiled by entitlement. Although, Henry seemed to have liked the portrait. Holbein paints this painting of a young man, the head of a young man. Now, the earlier name for this portrait was the young leper. This is one of the few places in medieval art in which lepers are not depicted as covered in rags or wretched, and Jesus is there pulling them out of the mire of their social ostracization. This is the moment in which a young leper – and he has all of these symptoms of Hansen’s Disease on his face.

So leprosy, just to give you a bit of background, began with these parts of your face that would puff up and then eventually your whole face would be covered with these horrible welts, and they’d spread to your extremities. Then you’d lose feeling in your fingers and there would be bleeding, which is why they would often be bandaged. Then eventually your vocal chords would paralyze and then finally you would suffocate. Leprosy, almost always was fatal, and it progressed over a time period between 3 and 20 years. This young man who is being depicted by Holbein is in the early stages of leprosy. Among all the paintings of lepers and all the icons of lepers that you find and all the carvings of lepers that you find in the medieval time period, this one shows a leper without the clothes of someone who has been stigmatized or cast out. He’s still wearing the clothes of a young nobleman. He’s looking at the artist in the eye and the artist is seeing him and recognizing him for the person he is.

Now, there was no miracle for this young man, likely. He probably died a horrible death. He was not healed like Naamen or the ten lepers we read about today. But in that moment when Holbein paints him and sees him for the person he is is a moment of healing and grace – a gesture of love. May you see others with the same eyes of compassion and glory. May God work in your life through these gestures of love and grace. Amen.