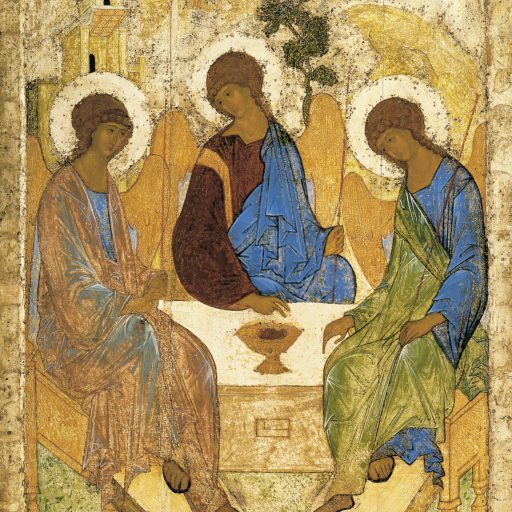 We all have lived through experiences in which something important happens within the space of a few minutes that affects the course of our lives. Moments in which the decisions you make and the actions you take reverberate the rest of your life. Opening a letter from a college in March or April is one such moment. Waiting for a judge to pronounce a judgment is another. Playing a game or running a race. Waiting onstage for the curtain to rise.

I’m lucky in that, whenever I’m in these moments, an incredible sense of stillness comes over me. Particularly when I encounter a crisis, I become still. It isn’t something that I’m particularly proud of. It’s not a spiritual gift. It’s just the way my body works. When others run screaming in panic, I become catatonic. Sometimes it’s a good thing.

One such moment for me happened last May when I was late in the search process with Christ Church Cranbrook. A delegation from the search committee was coming to visit, and they were there to hear me preach at my cathedral in London, Ontario.

As I was getting myself ready in my office before the service, Len, one of the ushers who was from New Jersey, came to me and said, “Somebody is dancing in the middle of the church, and you better take a look.”

So I went peeked around the corner, and I saw in the center isle a man named Abraham, who lived on the street nearby. He looked a little bit like Captain Jack Sparrow from the Pirates of the Caribbean.

I usually found Abraham to be cordial and wonderful. He had these incredible, beautiful, sparkling blue eyes and an easy smile. You’d be talking to him, and you’d think, “What an interesting fellow.”

And then the conversation would start to take these twists and turns, and you’d realize an incredible psychic distance was beginning to open up between where Abraham was and you. However, the conversations always ended pleasantly, a little bit like when you watch a ship leave port and wave until it’s out of sight.

On that day, Abraham was in an expressive mood as he danced during the prelude. He looked a little bit like an ecstatic Saint Francis welcoming Brother Sun and the Morning doves.

So I went back into the vesting room, and I put on my vestments. Len came up to me and said that he practiced martial arts. He could take care of Abraham for me.

I said, “Let’s try something peaceful first.” Drawing from my experience as a priest in New York City I said, “There’s two things I want you to do. If he’s drunk, offer him a pack of cigarettes. If he’s sober, offer him breakfast.” In New York City, these strategies never failed.

Len went up to Abraham and offered him the cigarettes and breakfast, and Abraham politely declined. Then Len sternly admonished him, saying, “If you don’t sit down, I’m going to physically remove you from the church.”

Abraham sat down meekly. But when Len walked away, he sprang up and started dancing again. Len came back and reported to me what was going on.

Abraham’s timing could not have been worse. The Search Committee from our parish had come that Sunday to hear me preach, and I wanted things to go well. I went and took another peek. I saw that one member from the search committee was studying his bulletin as if it was the most interesting thing he’d ever seen. Another was studying Abraham as if he was part of the morning program. Two others were somewhere in the church, but I could not see them.

I came back to the vesting room, and we were all getting ready to process. We all wondered what to do. Len said he could move him with a “minimum of force.” His words were not convincing, and it looked like Len might enjoy the whole confrontation a little too much. Nonetheless, for a moment, we resolved to do just that.

Then, all of a sudden, we hesitated because we didn’t want the Eucharist to go that way. The church was full of worshipers. We were celebrating Pentecost, the day of the Spirit. It seemed wrong to suppress any expressive actions, no matter how disruptive. Most importantly, we just weren’t that kind of Cathedral.

The Dean of the Cathedral turned to me and said, “It’s your call.” And I said, “Let’s just start and see what happens.”

We processed into the church during the opening hymn. Abraham saw us coming up the aisle. He stood out of the way politely. When the choir and altar party took their places, he went back to dancing. He started conducting the choir, waving his arms in large circles.

In that moment, I had that sense of stillness I talked about at the beginning of this sermon. I realized that things were entirely out of my hands. Whether or not I was going to be called to be the Rector of this wonderful place, that was entirely out of my hands. I had spent hours working on the sermon. However, everything seemed to depend not on the sermon I would preach, but on whether or not Abraham could somehow simmer down, and whether or not the search committee would somehow read what happened through a charitable lens.

Then I realized that everything was in God’s hands. The answer to the question of whether or not I would be called was entirely outside of my control. And as I recognized this, a sense of even deeper peace came over me as I watched Abraham dance.

Then events took an unexpected turn. Behind Abraham was this man named Charlie Crowe, who was small, elderly, British, and a pillar of the church. As the opening hymn was ending, Charlie locked his eyes on Abraham and then buttoned his blazer. He ducked under Abraham’s outstretched arms, stepped up next to him, and put his arm around his waist so that they we side- by-side.

He said to Abraham, “May I worship with you today?” Abraham answered excitedly, “Of course!”

So as the hymn ended, Charlie whispered to him, “And now is the time we sit down and listen.” And they sat down together and became quiet. Abraham looked at me intently throughout the sermon with his blue eyes wide open, as if he were seeing a strange and inscrutable object of wonder and fascination.

But my attention was on Charlie, at his incredible bravery and vulnerability. It was in that moment that I realized that Charlie was operating out of an even deeper sense of the peace that I felt. He wasn’t willing to wait. His peace was the peace that comes when people step forward.

They walk by faith and not by sight.

The entire service, Abraham and Charlie shared a hymnal and a bulletin and sat next to each other. Charlie never took his arm away from Abraham. And at the end of the service Abraham drifted away, and Charlie came through, dutifully, as he always did, in the greeting line at the church entrance.

I thanked him profusely. “You’re my hero, Charlie,” I said. He shook my hand with his usual formality and said, “It was the right thing to do given the circumstances.”

Charlie’s actions displayed for me a kind of radical trust in God, a willingness to place everything in God’s hands, not as a moment of resignation, but of graced action – truly, a Spirit- dance all of its own.

All of our readings today speak about this radical trust. In our reading from Genesis, we revisit the moment in which God makes Abraham an impossible promise: that he would be the father of generations. That nations and kings would spring from Sarah and himself. This is an impossible promise, and yet, Abraham trusted God, and entered into an everlasting covenant.

In our reading from Romans, Paul tells us that the covenant that Abraham had with God was not based on the law, which was a matter of some kind of external conformity or performance. It was based on grace, on the ability to receive the good that God will do us. And so it is grace, and not the law, that is the foundation of that everlasting covenant. Grace is the willingness to receive all

that God has for us, the willingness to give all that we have to God, and to live in total dependence and trust on God.

Finally, in our gospel today we have a moment where this radical trust is put to the fore. Jesus speaks of his death, and his disciples resist him. He then says, “If anyone desires to be my follower, let them deny themselves and take up their cross and follow me. For those who seek their life will lose it, and those who lose their life for my sake and the Gospel will find it.”

Jesus said these words because the cross for him was a perfect moment of radical trust in God. And he believed that the only way that we participate in the life that comes from his death is by walking into that radical trust ourselves—by losing ourselves so that we might find ourselves in Him.

Many Christians interpret Jesus’ command, losing-yourself-to-find-yourself, as a counsel of self- denial, of giving up something pleasurable or some kind of happiness for the sake of God. That might be true to some extent.

God has placed ultimate trust in us. And you and I are called within the context of our complicated lives to find a way to trust God in return, to give ourselves, to become vulnerable, to learn the power that comes from worshiping a God whose power is made perfect, as we read in 2 Corinthians 2:19, in weakness.

In this season of Lent, may each of us not only learn to wait for God, but to walk by faith so that we might receive an everlasting covenant bought by Jesus’ precious blood. May the Spirit inspire us to dance as we follow our savior’s lead. Amen.