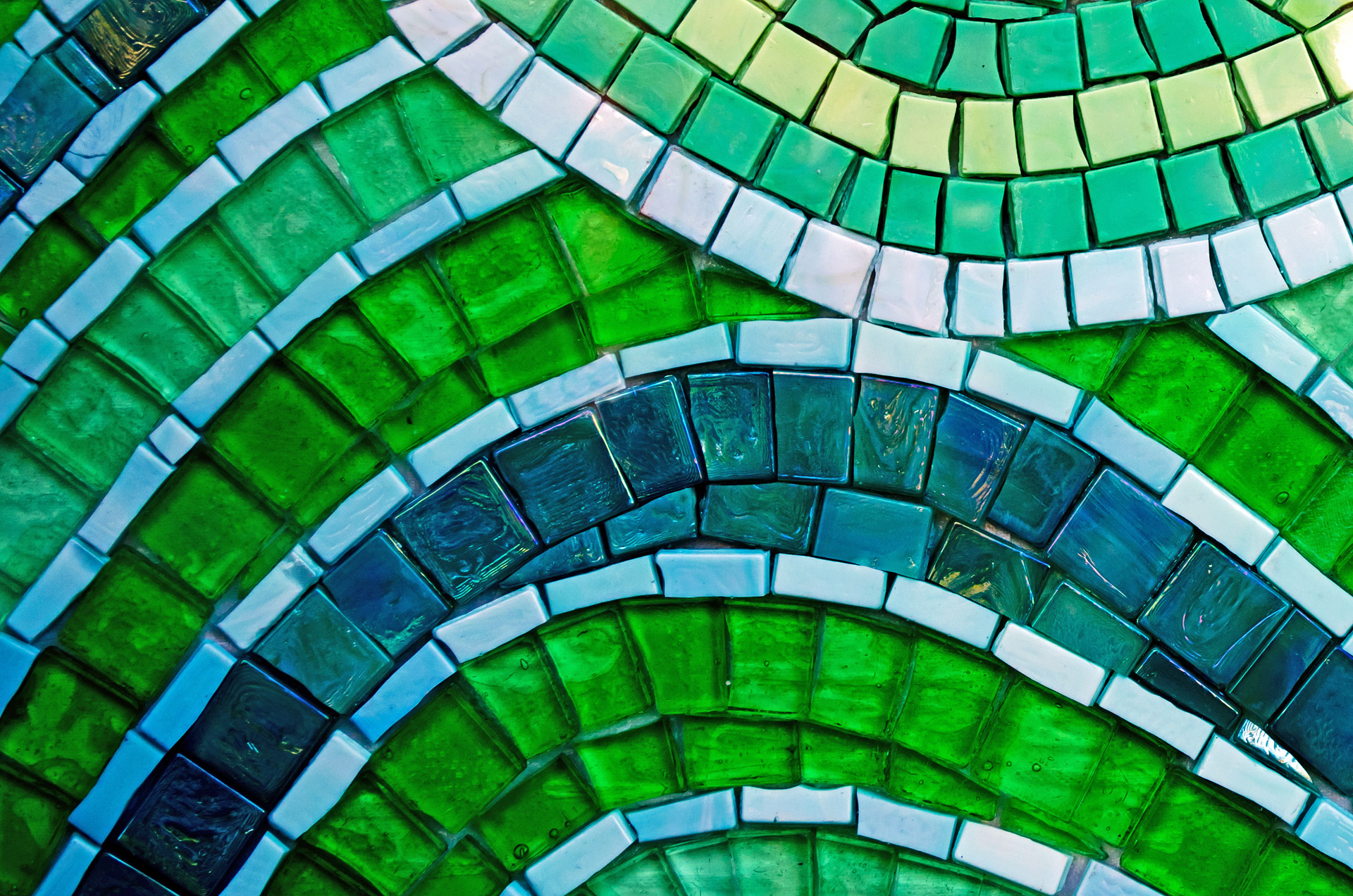 In 2006, when I was a professor at the University of the South in Sewanee, Tennessee, I took a group of students, a diverse group of students on a trip to South Africa where for three weeks we studied the interaction between race and reconciliation in that country. And we picked South Africa for a couple of reasons.

One, the most important one was the fact that in 2006 the country had just received the final addition of the Truth and Reconciliation Report. And this was a magnificent document that went through and listened and recorded all of the people who were willing to come forward at that time to speak about what had happened to them while they suffered under Apartheid, and to provide amnesty for those people who were willing to admit their role in perpetuating and reinforcing Apartheid.

And this incredible document helped that country create a common history so they could move forward together, and religious people had led the way at every step. Not only did you have people like Desmond Tutu or Nelson Mandela but people on every level of that society who were affiliated with different faith communities step forward to help that country heal from its past and move into its future.

And the second reason why we wanted to go there was because there is an interesting thing about South Africa. It is in many ways a kind of mirror of the United States, both South Africa and the United States were settled by people who had this strong belief in a kind of covenantal theology that had its heyday in the Netherlands. So the pilgrims who came across had developed all of their ideas about what a country should be while they were in exile in Amsterdam. And the settlers that went out to South Africa and colonized it, they had been similarly influenced by this covenantal theology.

And what’s more, there was a kind of interesting inversion in the two countries, in the United States, you had a population that was majority white but was increasingly diverse with many different races and ethnicities. And in South Africa, you had a country that was majority black and yet there were many different ethnicities. Not only was the African community completely diverse in which you have 11 different languages spoken by different tribes and ethnicities there, but also you had Indians and Malays and you had Asians and you had even a subgroup of people that are known as the coloreds, which is a discrete racial category which are people who were originally formed from an indigenous tribe called the Khoi and the San and the Khoi-San people intermarried with Europeans, and the coloreds are people with kind of cafe ole skin and there’s about 3.8 million of them in South Africa.

So we went there and we began to find all of these parallels and at one point we decided to go and visit with a leader among the colored community and a community that was right outside of this beautiful town called Hermanus, which is where tours go to watch whales. And we went into this tiny little township and we went into this tiny little shack. And all of the students came into this tiny little shack and we sat down. And a leader from the colored community sat with us and he offered us water. And then he told us a story. And he traced the story of his family as far back as he could remember and he finished with his daughter.

And he said to us words that I’ll never forget, they’re commonplace words but they were just such touching words. He said, “She is a good girl.” Of course we all suspected that the daughter was probably about 45, but she was a good girl. And he said, “And she is very dear to me.” And we realized in that moment, or I realized in that moment, that what he had done is he kind of created this space for vulnerability because he disclosed himself and gave us what he could. And that vulnerability created intimacy between us and on the basis of that intimacy, we experienced empathy.

And one of the things that I came away with from that trip in 2006 was that as challenging as the situation was in South Africa, and as difficult are the topics are race and reconciliation, and as hard as it is for us to live through times of political change, the key to everything are those three things: vulnerability, intimacy, and empathy. And these things happen in the most intimate of relationships, in marriages and in intimate friendships, in families, in tight knit communities. When these three things are present, those places are transformed.

And one of the things that happened to South Africa, one of the ways in which it negotiated its way forward is alongside all of the larger questions of who owes what and when, of what story will be told, there were enough faithful people who stepped forward and engaged in courageous acts of vulnerability, intimacy, and empathy.

One of my favorite poems and one of my favorite poets from South Africa is Antjie Krog and she is a white South African who wrote an award winning journal article about the Truth and Reconciliation Commission called Country of My Skull. And this poem that she writes is called Country of Grief and Grace, and there’s a stanza in it that I want to share with you today because it speaks to that interconnection between the wider life we live in a country and in a nation and that intimate relationship between people. So she compares the healing of her nation from its past with the healing of a relationship between a husband and wife.

This is what she writes:

I began to see that there was some kind of purchase that that leader had when we visited him in his shack that as a colored person he understood a way forward that was often missed in many of the arguments people had about race or religion or place or status or economics. Because the colored community was one of those communities that could claim a kind of two-fold oppression. During Apartheid they were placed below the white community, and after Apartheid they were placed below the African community. And so this man, this courageous man understood what was required of him and he stepped into it. And it was a miracle. And Antjie Krog and her account, this beautiful poem sees this incredible integration between what we do in our most intimate relationships and how that plays out in the world around us.

Now I share all of this with you because I want to point out two incredibly important facts about today’s gospel from the Gospel of Luke. It’s one of the most important gospel passages we can read, it has an incredible lesson for us to learn. And it’s all one that pivots around that interconnection between what happens at the most intimate levels with what happens on the wider levels.

But Jesus is interested in justice. And justice is not defined so much as independence but justice is defined as interdependence. And so justice calls all levels of society together. So the first point you have to see in this gospel is the moment at which the demon announces themselves as legion. Jesus cast out many demons, he healed many people but at that moment the demon says, “Legion,” and that is a political term. It was a term that in the context of first century Palestine you could not, in any way, not hear that as anything other than a political statement because legions were how the Roman soldiers and the Roman army organized itself.

And Jesus in hearing the name Legion has compassion on even the demon. So they present themselves as a collective, as a murderous, violent collective and Jesus represents this other way of being with one another, another kind of politics based on discipleship and love. And Jesus has compassion and shows a kind of willingness to live even with those demons. And that is meant to cue us into the fact that Jesus is about to make an incredibly powerful point through the healing of the man who is beset by demons.

And that brings me to the second point of this gospel, which is that Jesus heals this man and brings him instead not along with him but sends him back to his home. And so there is a kind of tracing of a person who is outside of community, and he is sent back into his home because it is there in that small relationship of intimacy that that man will experience the fullness of what it means to follow God and to know the power of God that comes from Jesus. It is there that he will experience and go with the grain of the vulnerability and intimacy and empathy that lies at the center of what it means to walk with the love of God.

So there is a connection between all of this. Jesus pushes away from Legion, though with compassion, and Jesus emphasizes another term, oikos, or home. And it is on that basis that everything turns in today’s gospel. Now, we are all Episcopalians and we’re not used to pointing out each other as demon possessed. It’s a little bit unpopular to talk about that. And it’s also kind of politically dangerous, to be frank. There are moments in which we will easily ascribe the politics to another as somewhat inspired by angels of a lesser nature than the ones we follow.

What makes this gospel important is that you and I are meant to see ourselves in that same place as the man who is lost and naked. He is naked and afraid just like Adam and Eve are before God descends and gives them the blessing of clothing in the Garden of Eden. And all of us may not have been – and we may not have experienced demon possession but everyone of us has struggled mightily with things that break us apart and pull us apart from one another. We’ve all known what it is like to be outside of God’s love, we all know what it’s like to be filled with rage, we all know what it’s like to experience a besetting of things that are less than what God would want us to be.

Where is home for you? What is the intimate relationship that you have that needs some repair and healing? Everything that happens there speaks volumes about what happens elsewhere, may God give us strength and courage to step into the love of Christ and so to see ourselves and each other anew.