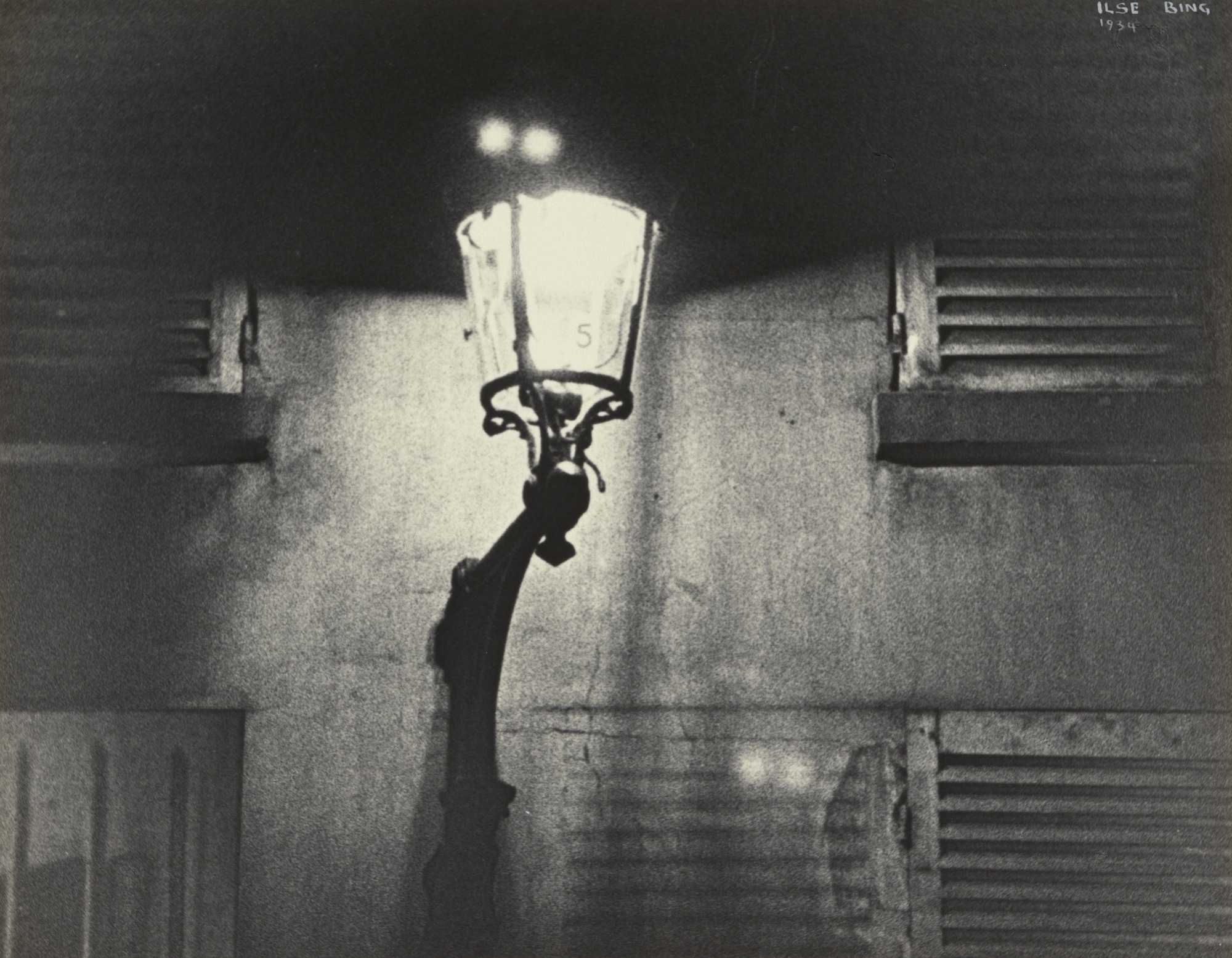 This sermon has been transcribed from live video. To view a video of his sermon, please click here.

But this week, I had a surprise come my way. I actually had the title of the sermon come first. And the title of the sermon that I want to preach to you today is called this, Images Always Come First. Images Always Come First. And it’s from a book that C.S. Lewis wrote called Other Worlds, in which he discussed how it was that he imagined what he was doing when he was engaging in his literary career, most famously, in The Chronicles of Narnia.

He was trying to tell the Christian story, he writes with new poignancy. And for that reason, Narnia is not an allegory. Aslan is not a Christ figure. Aslan, the lion is Christ. In a letter he wrote to a young woman, he said, “I did not say to myself, let us represent Jesus as he really is in our world by a lion in Narnia.” Rather, I said, let us suppose that there were a land like Narnia and that the Son of God as He became man in our world, became a lion there.

In those moments, that is a resurrection. That is new birth. That is a way forward. That seems to be impossible at the time, and then suddenly becomes apparent through Jesus Christ. So, it’s not a metaphor. It’s not a great idea.

It’s not a conceptual framework to frame your existence. It’s rather an event in your life. And images are the way you get into it. So the question you and I have to struggle with today is what does it mean for an image to lead us into resurrection? Because certainly, that is one of the key pivotal points of our reading today from the Gospel of John.

In John’s Gospel, there is this moment. Now scholars have sometimes seen this as a kind of clumsy moment in which the different traditions were pasted together and kind of seamed together. But it comes right at the middle of point in which the beloved disciple enters the empty tomb, sees the linen, sees the rolled up cloth, and believes. And yet we read, they did not understand the scriptures.

And Mary has this incredible encounter with Christ. And she sees an image of a man who she thinks is the gardener. But then moving into relationship with that gardener, she discovers the risen Christ. The image drew her in. And all of this exists, the Bible exists not simply as a kind of historical record, although that was as historical as they got in those days, it was testimony.

And that work is to think about the images that give you access to Christ’s resurrection in your life. And over the past week with everything that has been going on from the churches that had been bombed recently in Sri Lanka, to the churches that had been burned in Louisiana, to the burning of Notre Dame in Paris, we have been presented with a number of images that could be candidates for entering deeper.

And many people I know having watched this on Facebook, there are people who have lifted up one image in particular from Notre Dame, in which there is somehow mysteriously the gold cross on the altar that stayed standing and undamaged while the ceiling of Notre Dame fell around it.

And maybe that’s a good image for you. But this past week, as I saw those images of Notre Dame burning, I had another image that was key to my entering into a new revelation of Christ’s resurrection in my life because I was immediately transported to a visit to Notre Dame that my family took in 2011. And over that year before we went on that journey, Claire and I had been working on our marriage. I made the stunning discovery that I am not an easy person to be married to.

And so, we decided to work on our relationship. And over the course of that year, it was an incredible moment of undoing and redoing everything that we meant to each other. We had been married 20 years at that point. And we got to Notre Dame. And I went inside, and I went to the gift shop, and I was hoping for something that would be a kind of non-tchotchke kind of present, right? Because these places are full of these tchotchkes from the Middle Ages.

And I wanted something that’d be more powerful to say to Claire how much she meant to me. And I found this beautiful cross that was designed by an Italian artist named Faust Cardinali. And it was a cross that was incredibly modern and fluid, except one of the arms of the cross was drooping down as if it had been broken and then somehow repaired itself.

And I took that cross and bought it. It was a small fortune. And I brought it outside, and I put it around her neck. And I explained to her the name of the Cross is Mater Briga, which is a combination of Latin and Italian. Mater, meaning mother; Briga, meaning trouble. And it was a cross that was dedicated to people who have faith in the midst of immense obstacles.

And it was at that moment that I found myself married again to a new person to the same woman. And that was the resurrection for us. In fact, it wasn’t so much that we had repaired our previous marriage, as I was just trying to say. But rather that there was a second marriage based on a firmer foundation in our Christian faith that lifted us and carried us along.

And so later that year when we were on Canal Street in New York City, which is not a great place to buy things, just to let you know. We found two silver wedding bands. And we now wear two rings, each of us. One, to celebrate the first 20-year marriage and the second to celebrate the marriage that we have now. And that was my way into resurrection.

What is your image that draws you into resurrection? I know so many of you so well these past five years. And as I was making my way up the aisle to the chancel, I looked to my right and to my left. And I know that many of you have experienced incredible obstacles over the past year.

Professional obstacles, personal obstacles. Some of you have lost loved ones, parents, and relatives. Some of you fear a child has gone missing and won’t be back. Some of you are experiencing incredible insecurity and anxiety as you wind up your life and your careers. I know that you all have some images in your life that can lead you to resurrection.

And we began our Easter season by saying the light of Christ and lifting up that Paschal candle. And so, I want to offer you three images of light. The first light is a lantern from Narnia. It’s from the first book, which is chronologically it’s the kind of Genesis story in the Narnia Chronicles by C.S. Lewis called The Magician’s Nephew.

And the witch has just got into a row in London and she had grabbed a lamppost and tore it off and was kind of beating people back. And suddenly they’re in Narnia at the very moment in which Aslan is creating the world. And the lion is moving back and forth a little bit like when an animal is about to stop and give birth.

And the lion is singing a new song. And the song is generative and powerful. And as the song leaves the lion’s mouth, a whole world is coming into being. Trees are sprouting and grass is growing, and all of these mountains are forming and the land is taking shape. And of course, the professor and the witch are terrified. The professor wishes he had a gun to kill the lion.

And the witch, at one point, takes the lamppost and throws it at the lion and hits the lion right between the eyes. But the lion doesn’t even notice the lamppost. It bounces off and the lion keeps on singing. And then some deep magic occurs. The lamp post becomes alive. It takes root. And the roots sink in and the lamp lights and it becomes a living being. And that would become the dividing line between Narnia and our world.

And of course, the story of beginnings is actually in our religion, a story of endings as well because the resurrection isn’t a resuscitation. It actually is a new creation. And just as God created everything ex nihilo, from nothing, so Christ’s resurrection creates out of nothing, life and love and peace where they did not exist before. So, that’s the first light.

The second light I want to raise up for you is on the cover of your bulletin. It’s a classic picture by William Holman Hunt. He was pre-Raphaelite in the 19th century. He wore medieval robes. He was quite odd as an artist. He wanted to capture again the deep symbolism in every stroke of a brush.

And this is one of his breakthrough pieces, which is Christ, The Light of the World. And this is a resurrection scene from the Book of Revelations. And in it Christ says, “I stand at the door and knock.” And Holman Hunt has Christ holding a lantern and knocking on the door. There’s an interesting symbol that’s kind of missing in this painting. There is no doorknob on the outside of the door.

And that’s Hunt’s way of depicting the fact that the door to our lives has only one knob. And it’s from within. If we are to experience Christ anew. If you and I will experience new birth, if we are going to know the resurrection as an event, and rather than just a metaphor, we have to open the door. Christ has to enter in. He is knocking on the door of your life. Let Him in.

So, that’s another light before you. Something that might stimulate in your own minds, an image of resurrection. And the final image I have before you is from Paris. Because it’s not just Notre Dame that’s beautiful in Paris, anybody who has spent any time there, you know all of Paris is beautiful. None of it works very well as a city, but all of it is beautiful.

This is from one of the last gas lamp lights in Paris at the time. It was taken by a female photographer, a woman named Ilse Bing in 1934. And Bing was known as Queen of the Leicas, which was the highest technology of the day. And Bing takes this picture of a street lamp, and it is beautiful. And it’s a reminder to us of the incredible beauty that is found everywhere.

And you can see in it reflections of the light bouncing back and forth all over the image. And this, of course, is a reminder that the resurrection occurs everywhere. It did not just happen 2,000 years ago. Your life is new in Christ. You have been raised with Christ from the dead.

And the moment in which we are about to celebrate this baptism, we will be celebrating what we all go through when we are baptized, which is that we go down with Christ in His death so that we might be raised to the new life of resurrection. What images will lead you on your way?